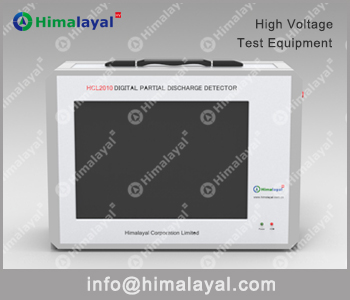 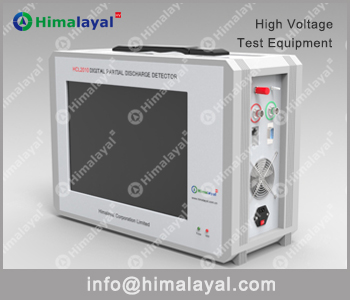 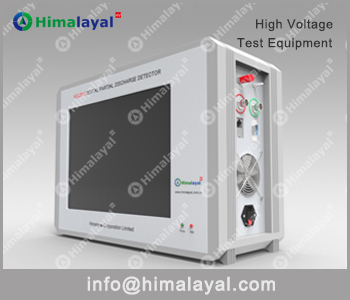 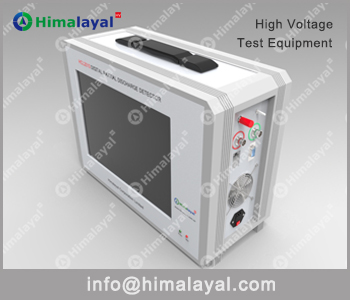 2. Characteristics of discharge waveforms of bubbles between the metal and medium
A. There are many small discharges at the positive half-cycle. There are few bigger discharges at the negative half-cycle. The difference of amplitude is up to 10:1.
B. Typical example: discharge of XLPE cable with poor attachment between conductor and insulation. There is little relation between partial discharge value and test voltage (Fig.2).

C. If the amplitude of discharge increases with rising of test voltage, and discharge waveforms become blurred, then there may be many air bubbles in different sizes or the discharge happens between exposed metal and medium surface (Fig.3). 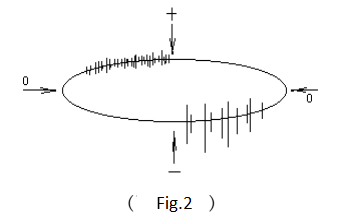 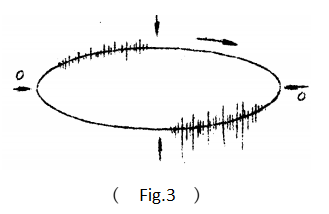 Phenomenon of Interference (or Abnormal Discharge)

1.Characteristics of discharging waveforms of floating potential objects
The amplitude appears in the two quadrants of positive and negative half-cycles before voltage peak. The number of pulses and positions are the same, appearing in pairs. The discharge is movable but the gap between each other keeps the same. With the rising of voltage, the number of pulses increases. The gap decreases while the amplitude does not change. Sometimes it will disappear when the voltage rises to a given value, but it will also appear when voltage decreases to this given value.
Reason: Discharge generating in the gaps between metals. (Fig.4)

2.Characteristics of corona discharge waveforms at the external tip

The initial discharge merely appears at a half-cycle of test voltage and distributes symmetrically at both sides of peak. When the test voltage rises, discharge pulses will increase rapidly. But the amplitude is constant, and extends to two sides.
Reason: High-voltage tip in the air or margin discharges. If the discharge happens at the negative half-cycle, it means that the tip is at high-voltage. If the discharge appears at he positive half-cycle, the tip will be at the ground potential.(Fig.5) 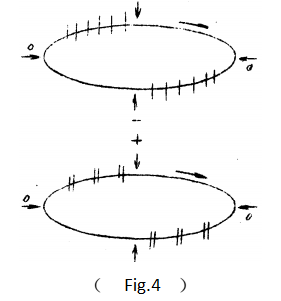 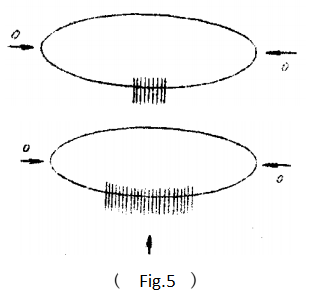 3. Characteristics of corona discharge waveforms at the liquid medium tip

4.Interference of poor contact
Waveform features: distribute symmetrically at both sides of test voltage zero point; the amplitude is roughly the same but reduces to zero around the voltage peak. The waveform is blurred and appears at low voltage. When the test voltage rises, the amplitude of pulse will increase slowly. Sometimes, it will disappear completely at a special voltage.(Fig.7) 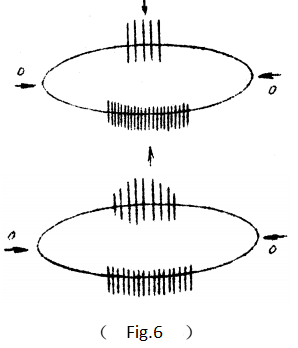 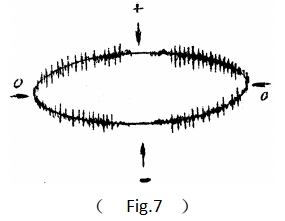 5.Interference from SCR element
Waveform features: fixed location. Every component generates an individual signal. The amplitude of signal increases as the electromagnetic coupling affect intensifies. When regulating the test voltage, the pulse will have high-frequency waveform extension,thus increasing the placeholder. (Fig.8)
Reason: The SCR element is running nearby.

6.Interference from relay, contactor and glow tube
The waveforms are irregularly distributed. There is no relation with test voltage. The interference generates when thermal relay, contactor, spark device and recorder work.(Fig.9) 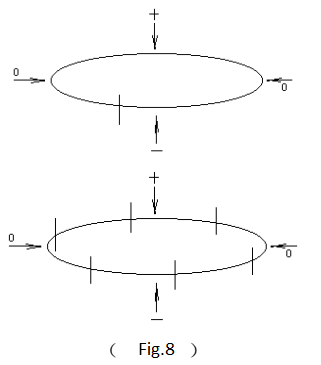 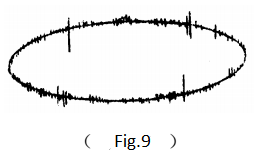 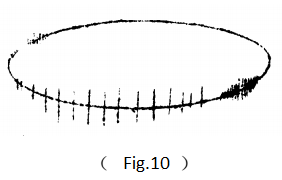 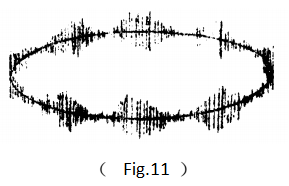 The waveforms happens continuously and only appears on the half-cycle of power waveform. Equipment such as Induced heating instrument and ultrasonic generator.(Fig.13) 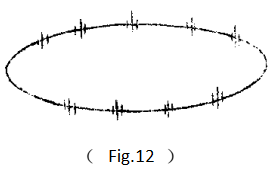 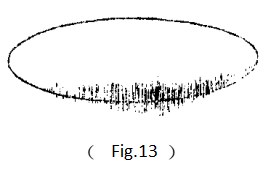 11.Interference of magnetic saturation harmonic wave
Harmonic oscillation at low frequency; appears at two half-cycles; the amplitude increases as the test voltage goes up. It disappears in case of no voltage applying. The interference is from all iron instruments in the test system (test transformer, reactor and isolating transformer).(Fig.14)

12. Interference of electrode moving in the direction of electric field
The amplitude is the same, but the direction of pulse is contrary. Two pulses are near at the peak of initial voltage. When the voltage rises, pulses will detach gradually and new pulses maybe generate .(Fig.15) 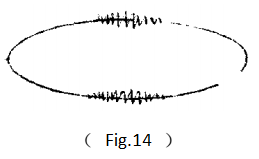 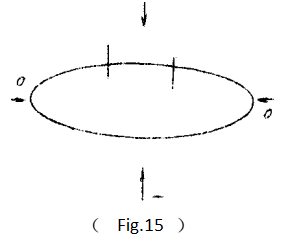 13. Current leakage and branch discharge
The discharge signals are not in accordance with the general typical image. Waveforms are irregular and unidentified.

About the feeding voltage and frequency:

When order PD tester, please kind confirm the input voltage and frequency with our sales manager.
Considering different country voltage is different, the PD tester need customized on it. And what we need is single phase voltage.