Role of Current Transformer and Notice

Role of Current Transformer and Notice

HIMALAYAL - SHANGHAI - CHINAThe main role of current transformer is to transform the high value to the low value which is applicable to measuring meter and relay. The commonly-used secondary rated current is 5A.

Under any operating circumstance, open circuit is not allowed for secondary winding terminal of current transformer. or it will generate dangerous high voltage and cause personnel accidents. The reason is as follows: when the current transformer is in the open circuit of secondary winding, all current in the primary secondary is exciting current, resulting in an increase in flux density and high electromotive force. In addition, due to the big increase in flux density, the eddy current in the iron core and hysteresis loss go up and large quantities of heat energy are produced. The temperature rising of current transformer exceeds the limit. The high temperature does damage to the winding insulation which is near to magnetic conductor. 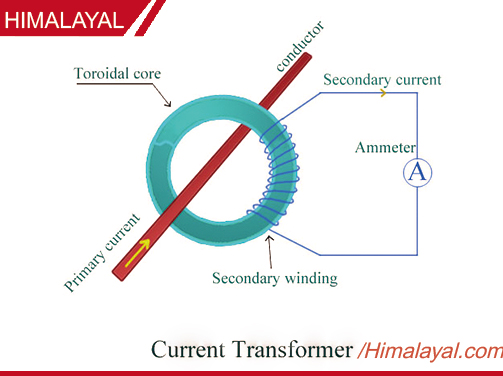